Sperone Westwater is pleased to present a show of new paintings and work on paper by Ali Banisadr in the artist’s second solo exhibition at the gallery.

Neither fully abstract nor definitively figurative, Ali Banisadr’s richly allusive paintings are as arresting as they are disconcerting. In their conflation of multiple temporalities and narrative dimensions, the paintings might be better understood as “world landscapes” (to borrow a phrase from early Netherlandish scholarship) than as landscapes or abstract compositions. Rather, they reprise art-historical conventions to subtly disquieting effect.

The restless surfaces of Banisadr’s paintings juxtapose competing sensibilities, setting areas of neat, precise brushwork against energetic, gestural passages. Enigmatic figures engaged in ambiguous interactions populate these compositions. They flicker in and out of definition and continuously invert the usual figure-ground relationship, challenging the viewer to reconcile the work’s contradictory spatialities. They appeal to the viewer’s natural intuition of narrative but leave such instincts unsatisfied.

This flirtation with narrative, with figures in a landscape, suggests multiple connotations that carry veiled references to both current events and our place in history. They attest to Banisadr’s visual acuity as well as the unusual malleability of source material removed from highly particularized social, historical, and religious circumstances. In Banisadr’s hands, these citations become both abstract and suggestive. The hybridized nature of these works carries veiled references to the current political climate. As Banisadr explains:

“The spirit of an era can be captured in many ways – through music, writing, architecture, and so on. For me, understanding issues, personal memories, or human conditions holistically can only happen through drawing or painting. This is an unsettling time for our country and the world. I want to capture that energy and record what it feels like to live right now.”

Banisadr was born in Tehran in 1976 and grew up during the Islamic Revolution and the eight-year Iran-Iraq War. As a child, he and his family hid in the basement during air raids where he could hear and feel the explosions and bombings but had to resort to his imagination to visualize them. He started drawing to try and make sense of the violence and destruction of war. Together with his ability to experience sound visually and vice versa – a phenomenon known as synesthesia – these formative experiences continue to shape his work.

Banisadr’s recent paintings show significant evolution. Departing from his frequent use of vivid, bright, and bold colors, this show demonstrates the artist’s exploration of a monochrome palette—primarily, variations of Indigo blue. His material procedures have become more physical and experimental. Banisadr borrows techniques from printmaking, frequently scraping paint away and incising into the composition with metal implements he utilizes like burins. His figures, formerly fragmented and interconnected by means of expressive paint handling, are now more defined, with distinctive attributes. This encourages close reading of the work, and compels the viewer to shift constantly between panoramic and intimate perspectives. It deepens the contrast between the pictorial and dynamic qualities of the work and suggests the crackling of static: a fitting sound for these uneasy and uncertain times.

Ali Banisadr received his BFA from the School of Visual Arts in 2005, and his MFA from the New York Academy of Art in 2007. Since his first solo exhibition in 2008, Banisadr has exhibited in the United States and abroad. His paintings have been featured in international surveys, such as “Love Me/Love Me Not: Contemporary Art from Azerbaijan and Its Neighbors” at the 55th International Art Exhibition, Venice Biennale (2013). Currently his work is included in “Rebel, Jester, Mystic Poet: Contemporary Persians” at the Aga Khan Museum in Toronto until June 2017. It will then travel to the Museum of Fine Arts, Houston in July. Among public collections owning his work are the Albright-Knox Art Gallery, Buffalo; The British Museum; Francois Pinault Foundation, Venice; Los Angeles County Museum of Art, Los Angeles; The Metropolitan Museum of Art, New York; Museum of Contemporary Art, Los Angeles; and Museum der Moderne, Salzburg. Banisadr’s first exhibition at Sperone Westwater took place in 2014.

A 48-page catalogue, including a text about the artist by Lilly Wei, will be published on the occasion of the exhibition. Ali Banisadr: Trust in the Future, is on view at Sperone Westwater from 4 May – 24 June 2017 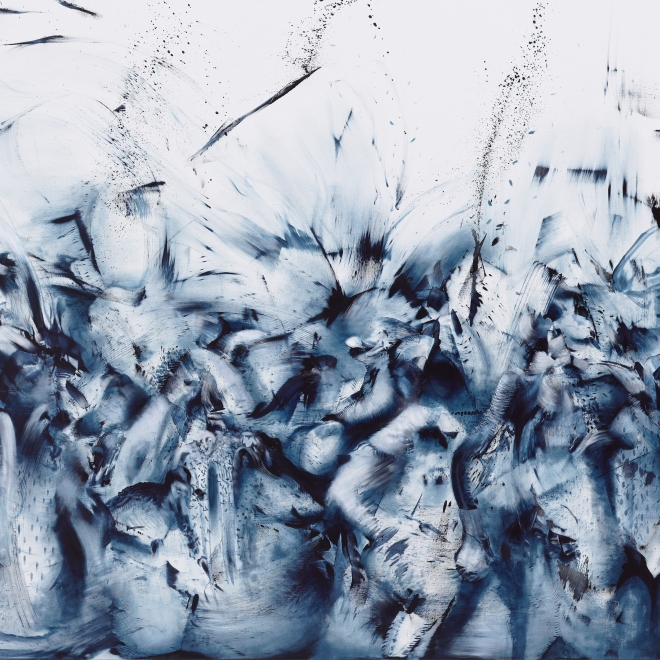 Trust in the Future 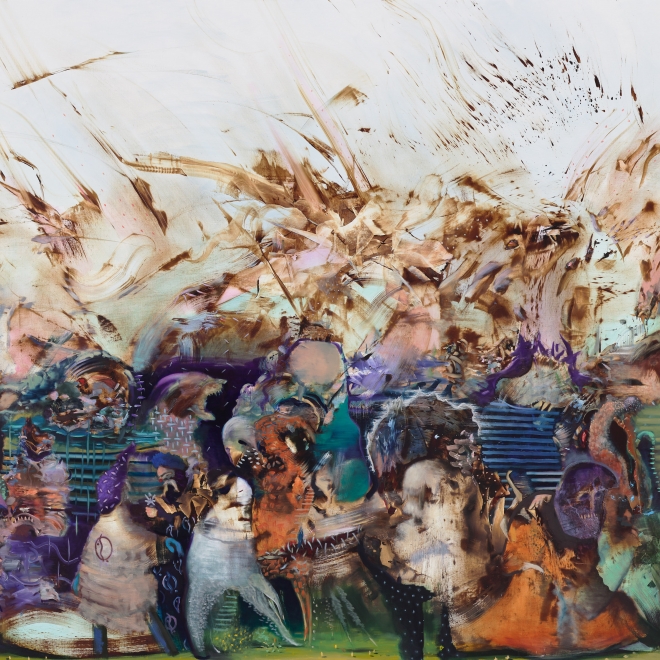 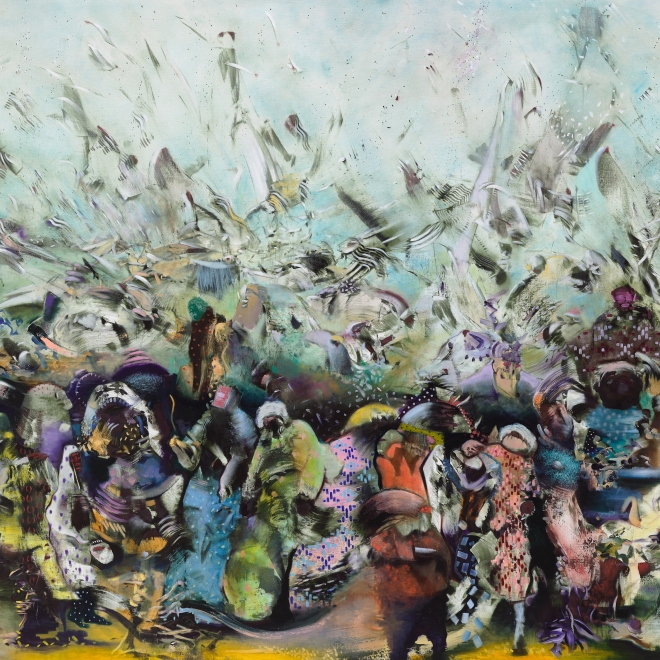 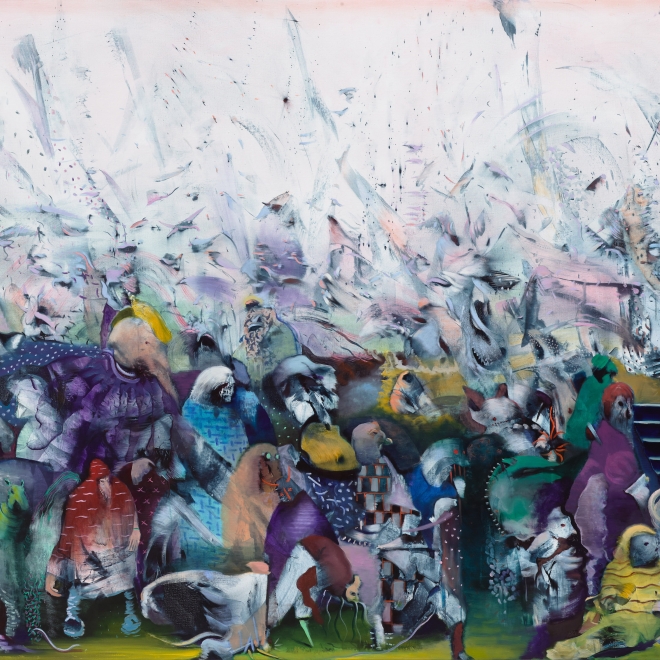 The Rise of the Blond 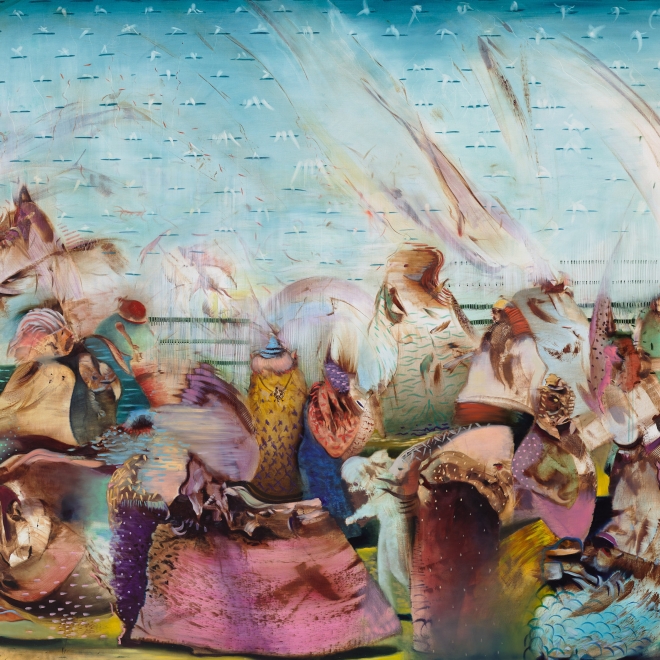 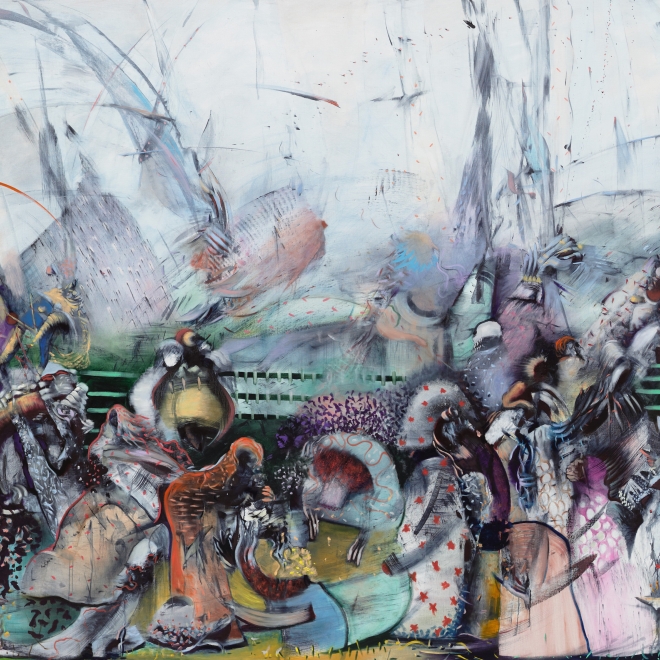 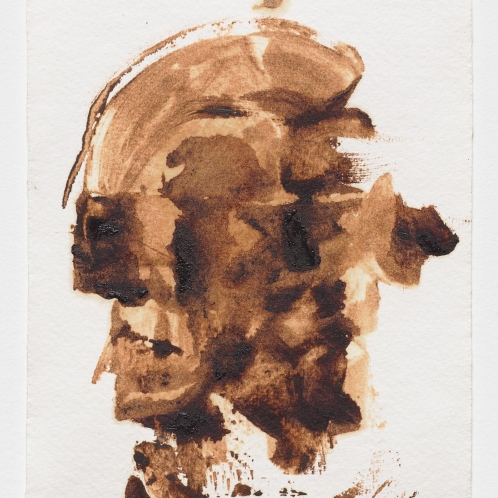 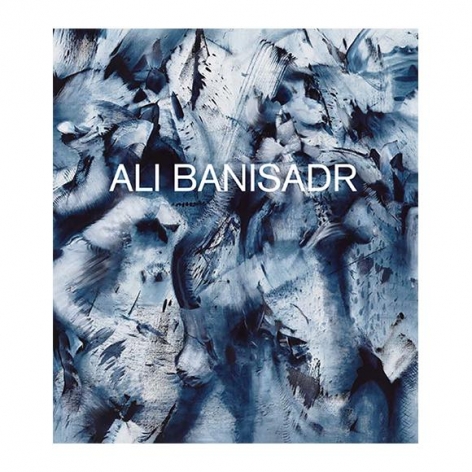